It started with Buffalo Plaid.

When I started thinking about designs for fall, I knew I wanted to do a fresh Steal Your Face. Something simple. Something classic.

Did you know Woolrich originated the Buffalo Plaid pattern in 1850? Did you know Woolrich was even that old? I didn't either, until I went poking around the Woolrich website a few months ago wondering if I might be able to get in touch with them to manufacture some blankets for us. In reading their company history, I learned that not only did this iconic pattern begin there, but in 1925 it became the first camouflage before there was camouflage, with the creation of the "Pennsylvania Tuxedo," the very first apparel of it's kind, designed to outfit the modern hunter.

Once I learned about both the company and the iconic pattern’s rich history, I started seeing it everywhere. After a day working in Detroit at Dalley in the Alley where it seemed like the whole crowd was wearing red and black checks, I had the idea to put the pattern in a Steal Your Face, because what else is more iconic than Buffalo Plaid if not a Steal Your Face? On a drive up to Buffalo (of all places) to work Borderland Festival, I had the idea to add blue and black checks, and the Buffalo Plaid Steal Your Face was born while playing in Photoshop in the passenger seat. It wasn’t a far leap of imagination from there to print directly on Buffalo Plaid flannels too.

To complete the collection, I remained committed to classic and iconic. Rather than add my art to an icon like I usually do, I wanted to strip well known Grateful Dead iconography down to bare basics, inspiring me to make the Dancing Bear and Steal Your Face prints as simple as possible. Likewise, when redesigning my old Moon Swing design, I focused on what mattered most - not the stars in the sky, but the bond between the timeless terrapin and bear characters sitting on the moon together watching them twinkle.

Bring on the Buffalo Plaid

When I learned that Buffalo Plaid was the original camouflage it reminded me of the Deadhead expression, "We are everywhere." Often you don't know where a Deadhead may be hiding in plain site, but once you learn they love the Grateful Dead too, you know you're going to be friends for life. 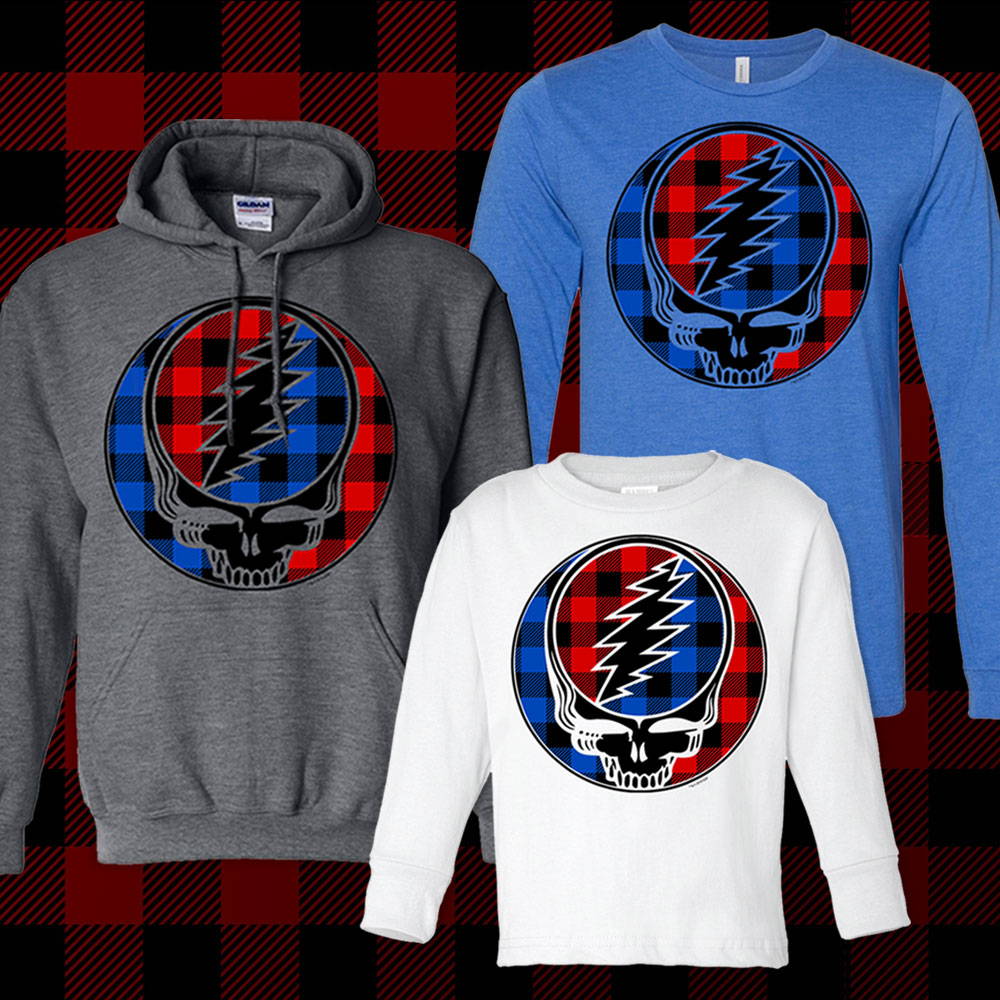 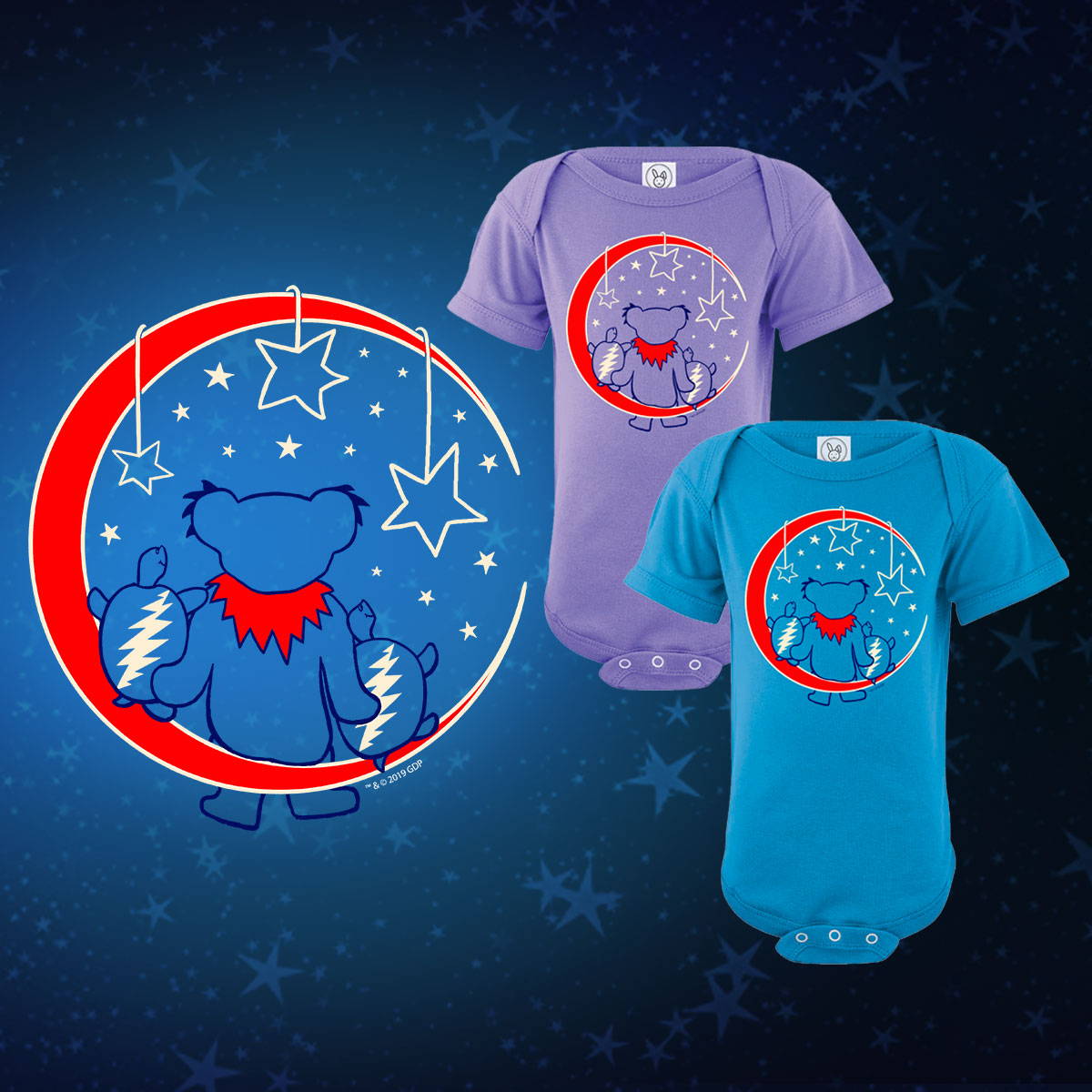 A new look for an old favorite

One of the very first designs I ever drew (for Little Hippie or otherwise) is our much loved Terrapin & Bear Moon Swing. I thought it was time for an update, and I'm calling the new version Grateful Moon.

Cozy up this season with the newest addition to our apparel collection, super soft flannels for men & women!

So simple, and yet everything still.